We are moving and hope you’ll follow us to https://soberrevolution.com/blog/f/sex-and-alcohol-fuels-alcohol-abuse

In Wholly Sober – How I Stopped Thinking About Drinking and Started Loving My Life, I purposely did not emphasize my sexual history. Mostly, because it could have easily become the focus and distract from my intention–to show how I was primed to drink, not born an alcoholic. I did share a few instances, but there is so much more.

Some were consensual, but way too many were not. When you wake up after being aggressively mishandled and hungover, trying desperately to piece everything together, it’s frightening. See what I did there? I used the term “aggressively mishandled” instead of raped or sexually assaulted. Because like most women who find themselves in this position I felt responsible because I chose to drink—I put myself in that situation. I didn’t fight back enough. Instead, I chose to relent to get through it. It was my fault.

Unfortunately, I cannot forget becoming conscious to crying and pleading with the man to stop to no avail. I can’t forget saying no over and over and over while feeling trapped and unable to escape without making a “scene.” Now, I wonder why I was so afraid of raising hell? Sometimes it was because I was at a stranger’s house or location. The strangers were his friends, and in some cases, they had to of heard me declining his sexual advances, but no one helped. It seemed there was no way out but through sex. And sure enough, once the heinous act would be over, I would be released. I can still recall feeling overwhelmed with shame, guilt, and disgust. How could I have done this again? I stuffed that into my soul accepting full responsibility for the act. Guess what that did? It fueled my need to drink.

I was alerted to the following article this morning, and it’s what sparked this post.

“One in five women has experienced some form of sexual assault, figures show…

It’s been over fifteen years since I’ve been violated by unwanted sexual advances, including having to have sex with my ex, referred to as Prince Harming in Wholly Sober. Saying no was not an option. As long as I was drinking, he could wear me down. And the more I drank and had sex with that beast, the more I felt shame, guilt, and regret—pain. The more pain, the more I needed to drink.

Sex and alcohol is a messy combination. It can enhance a nice evening with a kind and loving partner. But with the rise of women drinking excessively and reported sexual assaults, and my haunting memories of years ago, it’s more often a destructive formula that fuels alcohol abuse.

Just because you’re married, living with, or in a committed relationship, it’s not okay to have sex when you don’t want to. If you’re drinking to get through the act of it, it’s never going to get better. I’m not suggesting THIS is rape or not consensual. But I know from my own experience and working with women for over a decade, alcohol is often misused for emotional lubricant to have unwanted to sex with their significant other. The more you do this, the more you will need to drink. Something to think about.

Teresa Rodden is the founder and owner of Pink Cloud Coaching, Author of Wholly Sober, creator of several woman based groups and organizations that recognize the unique needs and challenges of women.

She’s passionate about helping women identify their personal power and break the need to misuse life-sucking vices robbing women of their one and only precious life experience. Living Wholly Sober is not recovery! Click here to talk. 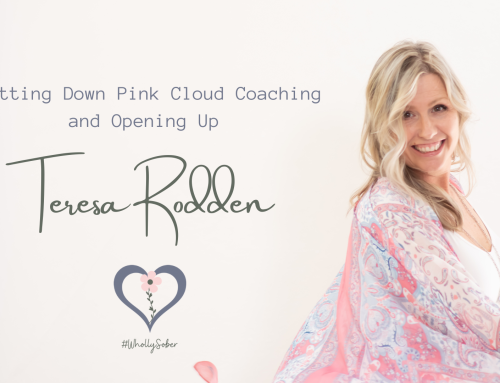 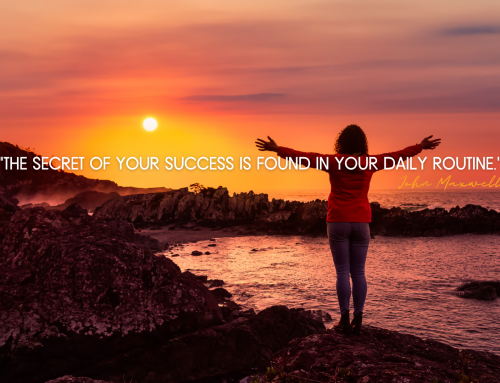 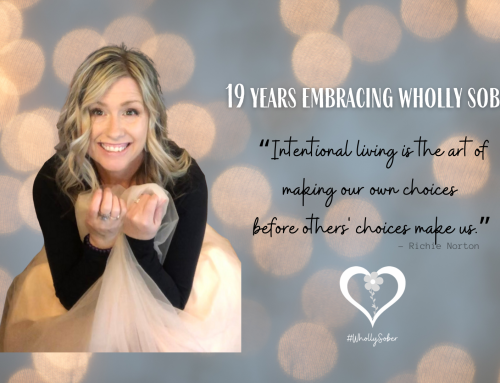 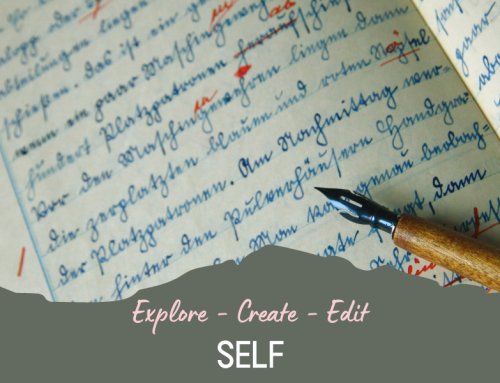